According to data collected via KASB’s annual Teacher Contract Details and Teacher Negotiation Settlement Surveys, the average number of days in a teacher’s contract has decreased from 187.23 in 1998 to 178.78 in 2016, as shown in the following graph: 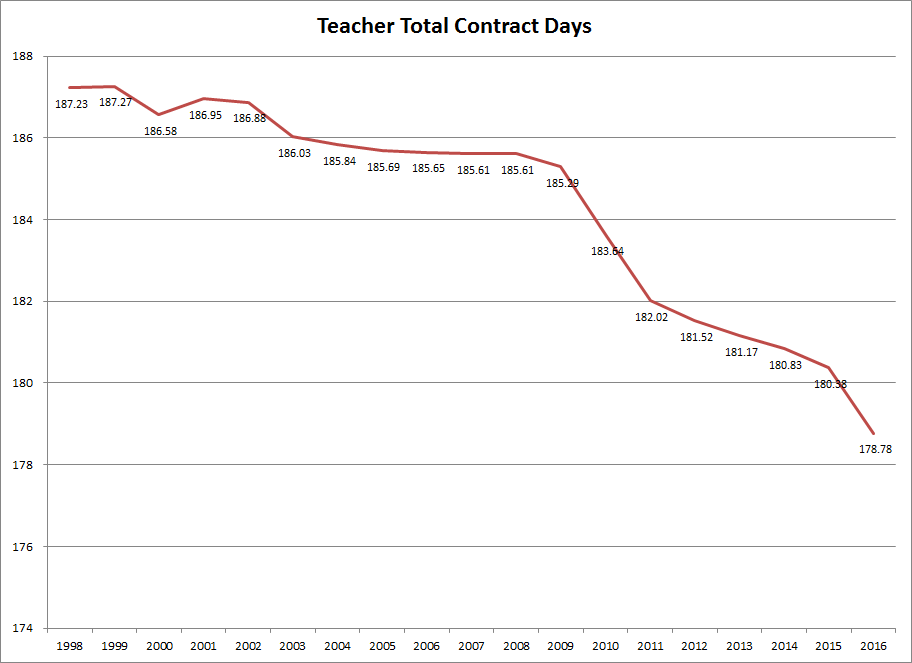 However, during that same time, the length of teachers’ contract days has increased from 7 hours and 52 minutes to 8 hours, as shown in the following graph: 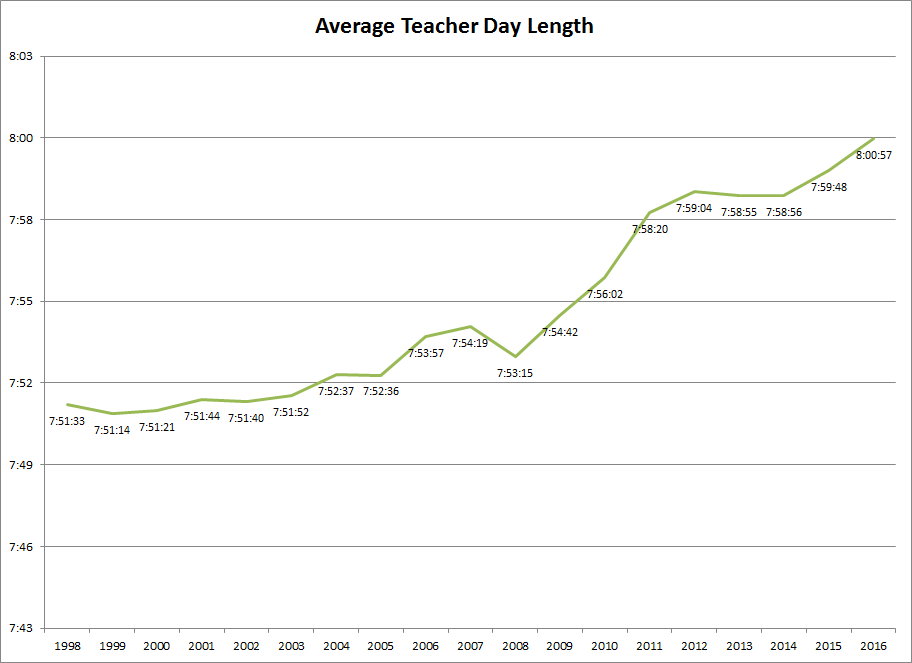 When you combined the data from the two charts above, you come up with the total contract hours for teachers.  This shows that total teacher hours have decreased an average of almost 40 hours since 1998 (from 1471 to 1432), as shown in the following graph. 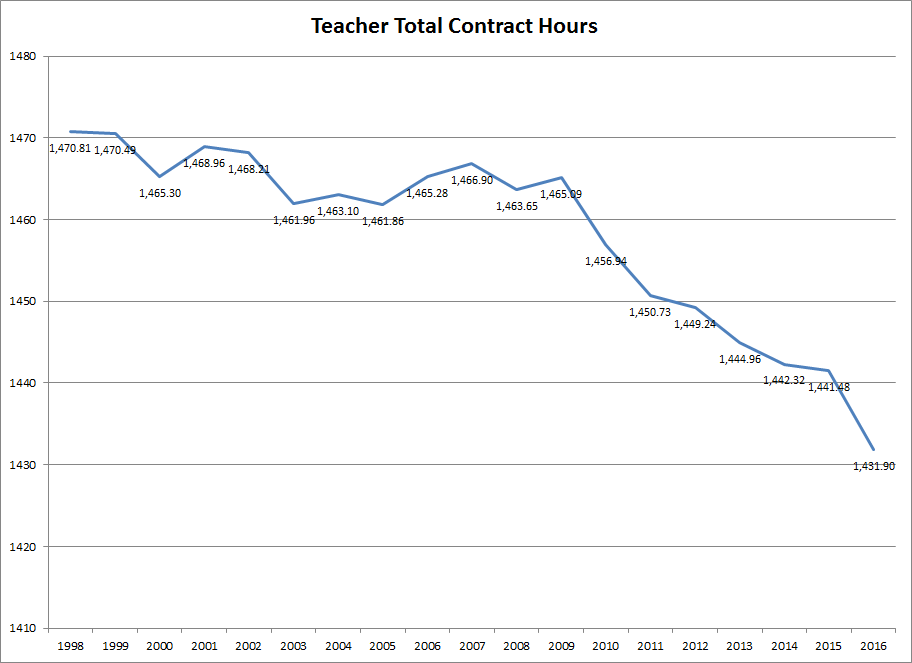 And finally, the number of days off for teachers has to be considered.  As the graph below shows, from 1998 to 2016, the total number of vacation, sick, and personal days available to teachers has increased by approximately 5.5 days. 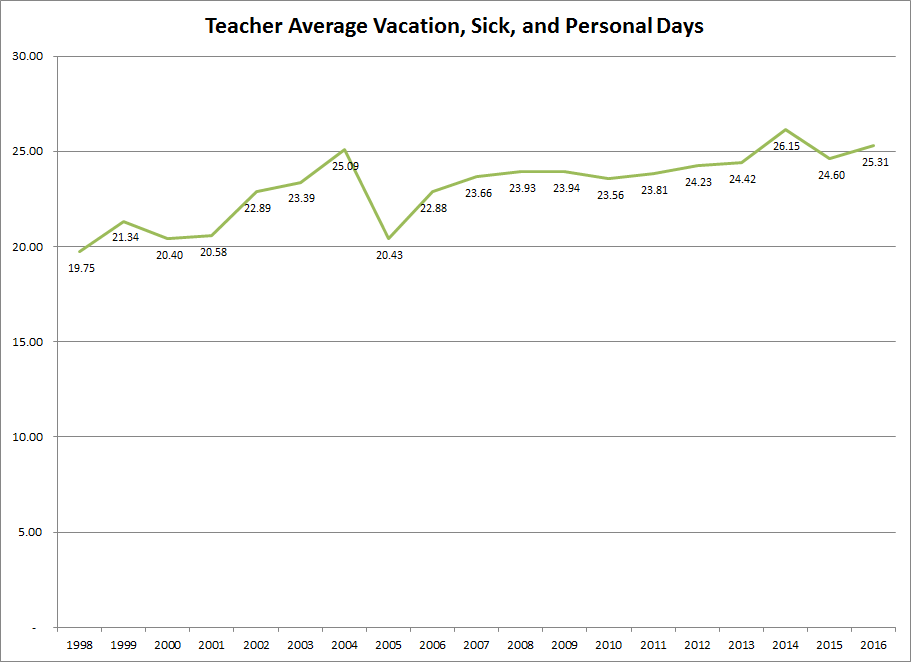 For more details on teacher contracts and other school district data, visit kasb.org/research.