Are we gaining or losing teachers?

Recently, a local district board member asked me, "What about the Governor's claim that we have 680 more educators in Kansas than when he was elected?  The Kansas Center for Economic growth claims that we have lost 650 teachers."

Let's look at the Governor's statement first, which comes from a flier passed out during a campaign event:

Governor Brownback was elected in the fall of 2010 and took office in January of 2011, so looking at the data on certified staff reported to KASB by its members, we find the following: 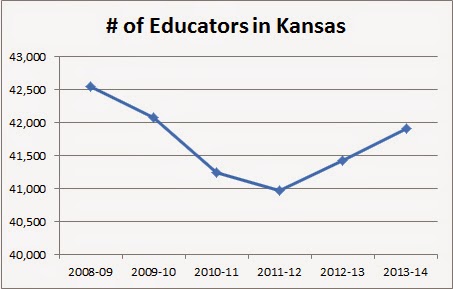 Based on this information, it is true that we have more educators than when the Governor was elected.  However, this does not speak to the fact that in the two years prior (from 2008-09 to 2010-11), we lost over 1,200 educators.

Note that the first sentence of the statement is referring to "educators."  Comparing the numbers above with the total number of students enrolled in public schools as reported by KSDE, we get this: 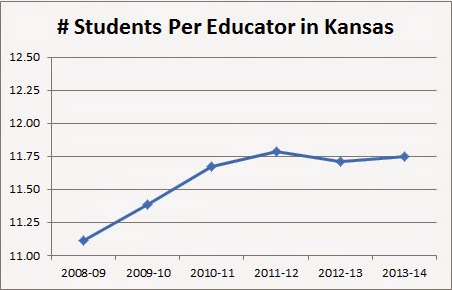 But this ratio is not the same as the one quoted by the Governor's material; 15.1 to 1.  That is partially because the second sentence of the claim refers to "teachers" instead of "educators."  Here is the table of possible educator categories as collected by KASB, along with the FTEs for 2009-10 through 2013-14: 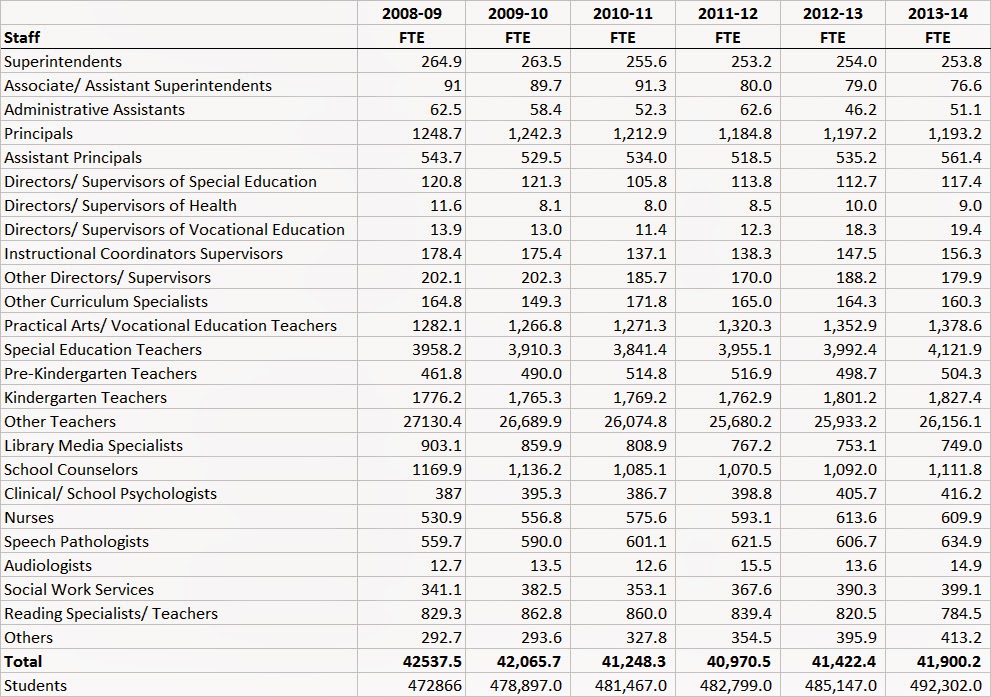 And, their corresponding ratios: 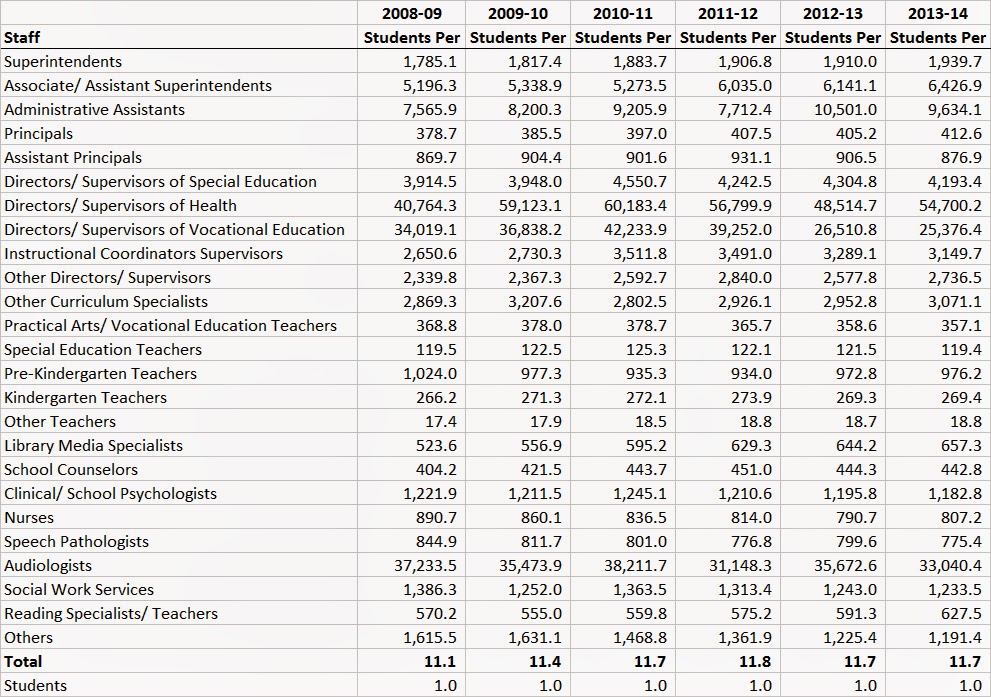 So, if we take just the five staff categories that have the word "teacher" in them, we come up with the following ratios: 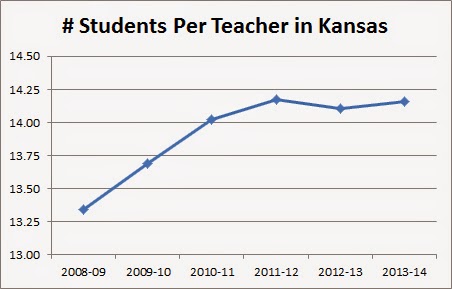 This ratio is still below 15.1, and further, is not consistent over time as the quote suggests. However, it is important to note that we are using a different data set here than the one cited by Brownback's campaign, and as noted in a previous blog post, the labels used for similar staff positions vary greatly from district to district and the actual differences may not be captured by the broad reporting categories used by KSDE.

As for the Kansas Center for Economic Growth, in their "Quality at Risk" report, they state the following;

This indicates that the KASB staff data, paired with the KSDE student data, supports the statement.  However, just looking at the endpoints over time does not show the entire story of what happened during that time. The following graph shows the change by year during this time: 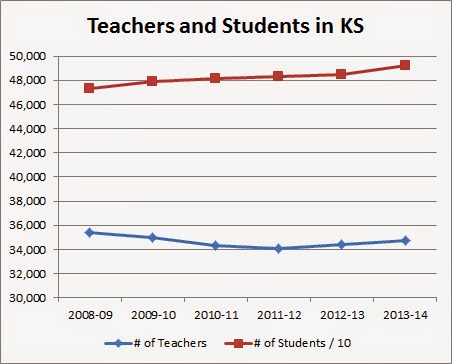 Note that, though the number of teachers decreased each year from 2008-09 through 2011-12, it has actually been increasing since 2011-12 at roughly the same rate as the number of students.

So, to answer the board member's question, I would say both statements are true, and the apparent contradiction is based on the differences in the points in time, definitions, and data sources upon which they are based.
Posted by Unknown at 1:12 PM