How Partisan is Kansas?

Last week, the Washington Post published a blog post describing a tool created by the Sunlight Foundation based on data provided via the Open States project that shows how liberal or conservative lawmakers in each state are; along with the success of sponsored legislation and a wealth of other information.

Here is the chart for the Kansas Senate: 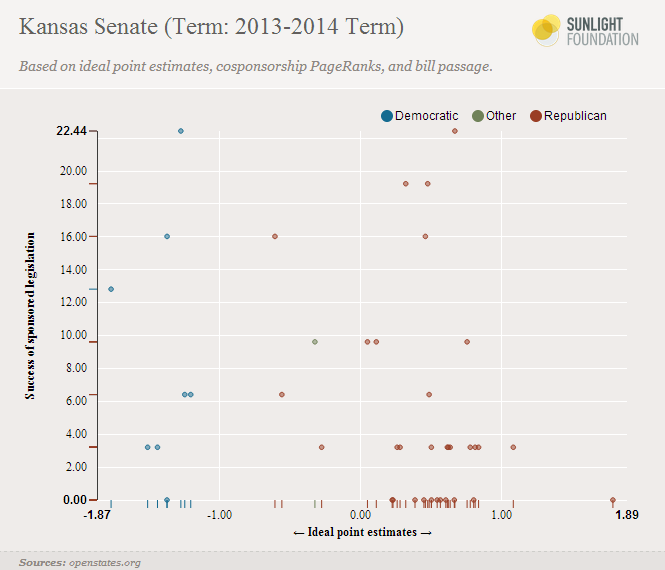 And for the Kansas House: 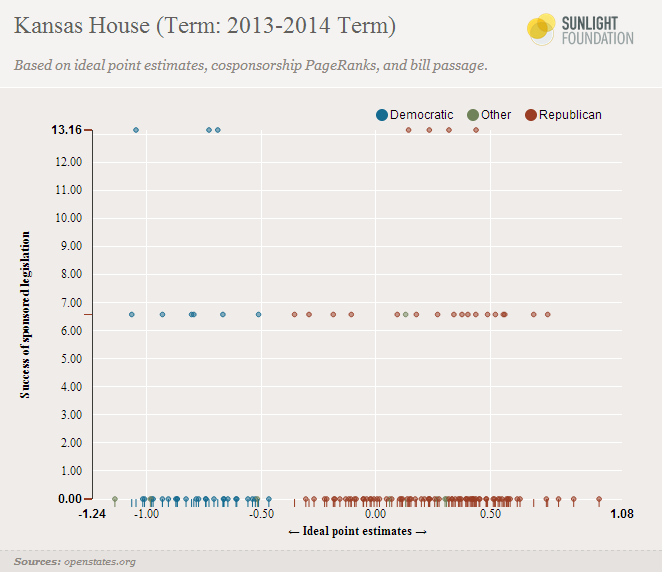 The Success of sponsored legislation axis "estimates each legislator's effectiveness in terms of the success of their primary-sponsored legislation." It seems the House is much more uniform on this scale than the Senate; indicating that all the representatives with a dot along the middle of the graph (between 6.00 and 7.00) were each able to get a single bill they sponsored passed into law.

The ideal point estimates axis "analyzes the voting history of a group of people and yields a set of values that locate each person on two axes, with the distance between each unique pair of people proportionate in some way to the frequency with which they vote together relative to others in their chamber."  The scale goes from more liberal on the left to more conservative on the right.  These charts effectively show the more conservative makeup of both the House and Senate currently.

For more details, visit The Sunlight Foundation and try the tool for yourself.